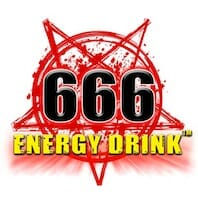 They offer two flavors, Virgin Sacrifice Cherry (how’s that for a visual?) and Lucifer’s Lemonade. So, can Satan deliver a kick?

The distinction between the two flavors is sweetener. Lucifer’s Lemonade is sweetened with Sucralose, and Virgin Sacrifice Cherry is made with cane sugar.

I thought the cherry flavor was quite well done and didn’t have the cough syrup taste that most cherry drinks seem to suffer from. The lemonade shot tasted very much like a lemon-lime 5 Hour Energy shot.

Both drinks feature 200mg of Caffeine and a blend of B vitamins. Lucifer’s Lemonade has zero carbs or calories, while Virgin Sacrifice Cherry has 124 calories and 31 grams of sugar.

Both cherry and lemonade had a decent kick that set in very abruptly. I drank one on the way to the gym and I felt a noticeable lift in energy a few minutes into my workout. I thought the sugar in cherry would cause me to crash, but I was wrong. Both flavors gave me a solid 6 hour energy lift, which is rare for me these days.

Overall, I think 666 Energy is a solid choice for those looking for a pickup. The shots are 4 ounces, which is larger than most and puts them in a gray area between shot and drink. Either way, the drink delivers a good kick of caffeine and B vitamins. Now I just need to worry about my mortal soul…. 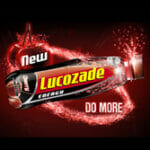