I have for you here a review of a very unique energy drink, Big Ol’ Trucker Energy Drink.

What we have here is a drink that actually follows through with its targeted demographic. Big Ol’ Trucker is an energy drink made for truck drivers first, and a drink marketed towards truck drivers second. When you think about it, this concept is a rare occurrence for energy drinks!

From what I understand, truck drivers have sincere health problems that arise from sitting down for so many hours. In the sitting position, it is difficult for the body to circulate blood properly from the legs on up, leaving it to ‘pool’ in the legs. After so many years of this inefficient circulation, a truck driver’s health becomes threatened.

Non-carbonated fruit punch. There’s not much more to say, except that it’s awfully tasty. Really, there’s nothing else more to say.

So what exactly allows them to make that statement about blood pressure support? First, it’s sweetened with a natural herb called Stevia Rebaudiana, which in research has shown to be effective in treating high blood pressure and hypertension. Second, this drink contains Hawthorne Berries, which apparently enlarge your blood vessels. Third, inositol adds a hand by reducing cholesterol and lowering blood pressure. It’s also stated to prevent hair loss, which, I guess, truckers could appreciate. Fourth, each bottle is loaded with 390mg of potassium, which has been shown to lower blood pressure.

Now that we’ve established a healthy heart, we can get on to a healthy perception of reality. Four different kinds of B vitamins are running amok in ingredients, with B6 and B12 clocking in at 200% and 2,000%, respectively. Surprise, there’s no caffeine.

You can expect a standard issue B vitamin boost, which is kind of a “duh” statement if you read the previous paragraph. The boost is no doubt hearty enough to make this drink a favorite among truckers. A job well done.

Now, this is all I experienced. The extra heart-healthy ingredients did not induce any perceivable effect above and beyond the norm.

Just when I start to think the energy drink market is getting stagnant with innovation, products like Big Ol’ Trucker come along and renew my faith in the future of energy drinks. This drink is not just innovating within the ingredients/demographics category either, they’re innovating an entirely different thought process. Anybody can make a drink and play it as a special one for a certain type of person, but it is very commendable to play it like you mean it, as Xtreme Beverage Corp. did with this drink.

If you could, leave a comment on how you think a certain niche energy drink could be improved with consideration of what the consumer is actually doing. For example, a video gamer’s energy drink should contain ingredients like A vitamins and beta carotene to maintain visual acuity. 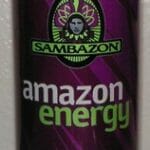