AeroLife Energy (formerly called Aeroshot and Le Whif) delivers a shot of powdered caffeine and B vitamins in a device that meters each dose.

Originally AeroLife Energy was marketed as "inhalable caffeine" but due to a warning from the FDA, they had to change their product labeling. AeroLife now says that users are to "draw" the powder into their mouths.

The FDA doesn't allow dietary supplements to be inhaled.

There are 4-6 draws per canister.

All flavors of AeroLife Energy have the same caffeine content per dose.

AeroLife Energy retails for about $3 in retail locations around the USA or can be purchased online.

Inhalable caffeine products should be used by responsible, healthy adults only and kept well out of the reach of children.

Le Whif (the original version) was first invented by Harvard professor David Edwards. It was an inhalable device that had the flavor of coffee, 80 mg of caffeine, but none of the calories. One stick of Coffee Le Whif had the caffeine content of a weak espresso and was originally launched in New York City. 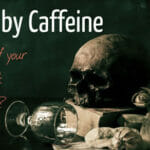 Caffeine Calculator
This caffeine calculator shows how much of a caffeinated drink is safe and how much could be deadly based on... 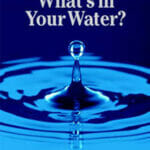 Caffeine is in Our Water Supply
Research
Caffeine has been found in our drinking water due to human consumption and disposal of used coffee grounds. It has... 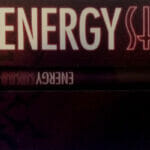 Energy Shisha: Caffeine Infused E-Cigarette
Supplements
Energy Shisha is a caffeine infused e-cigarette like device that is nicotine-free. What's in it, how does it work, and...