B 63 Energy drink is produced in Switzerland, but is being marketed around the world.

I was recently sent some samples of B 63 to try out. I'm always interested in European drinks that try to compete in the USA market.

They Won't Do It With Flavor

I think from the smell alone, I knew what B 63 was going to be. After the first sip, I confirmed my initial response.

B 63 Energy Drink is pretty much the same as 50 other energy drinks out there.

Their website says feel the difference, but I can't feel, taste, or smell any difference at all.

There was nothing that set B 63 Energy Drink apart from the others in its category.

They do have a cranberry flavor, so that one may set it apart slightly.

The Energy Wasn't Redeeming Either

So, same effects as a Red Bull or half a Monster.

I think B 63 Energy Drink will have to do some work if they expect to compete in the USA market. They really need to set themselves apart in a saturated industry, which they haven't achieved with this version of B 63.

Ingredients in B 63 Energy Drink

Fuel Energy Drink
Caffeine Levels
There seems to be a few different drinks on the market named Fuel, yet what makes this Fuel different is... 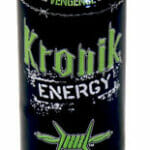 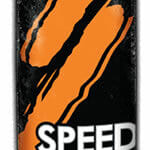