Diva's Energy drink is marketed to women in the UK and Europe.

When we think of energy drinks and direct marketing the first thing that comes to mind are the gamers and, well, the caffeine junkie.

However, not here. Diva's Energy Drink is directly marketed at women. Now I hear you say, Josh, you’re not a woman and the fact is I'm not, but I'm going to do my best to take a woman's perspective on this drink instead of my normal approach which revolves around the concept of ohhhhh caffeine.

The taste of Diva's is extremely pleasant although slightly odd at first. It’s not exactly what I'd associate with the normal energy drink. The flavour itself doesn't seem to be confined to a single fruit, but instead a somewhat flowery pallet. I wouldn't say it was overly sweet, but there is a certain syrupy undertone to it that I think in large quantities could be slightly sickening. That being said, as a single 250ml can it's really quite nice.

At 80mg of caffeine there’s not much in here, but it also contains something called Kacip Fatimah which is supposedly good for your skin, which is good for women and good for those gamers out there who spend to much time bathed in the glow of their computer screens.

I have to admit I didn't get any considerable buzz from Diva's Energy Drink, but then again at around 80mg per 250ml, I wasn't expecting the mind-blowing hits of some of the other drinks I've reviewed. However, all is not lost. Firstly, it had a somewhat pleasant refreshing effect instead of an awakening effect that I normally expect. Secondly, I feel that the target market might get a core sustained "buzz" from this drink.

Whilst I feel somewhat weird sitting in public writing this with Diva's Energy Drink that says for woman on it in large pink letters, I have to say it's not half bad. It has a pleasant taste, subtle yet interesting graphics and a nice discrete effect that, whilst not the punch in the face I some times desire, Diva's still a nice change. I reckon if you’re a woman and looking for something that's different then give this a go. If you’re a bloke then drink Diva's Energy anyway and confuse those around you. 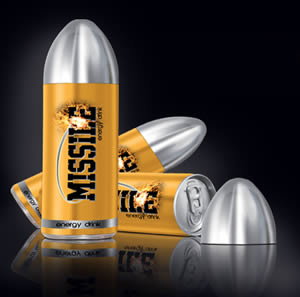 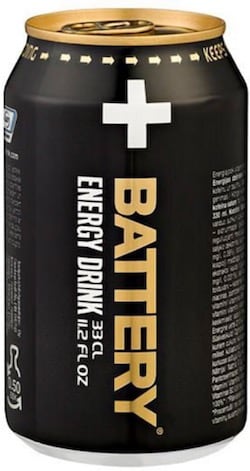 Red Devil Energy Drink
Caffeine Levels
Red Devil energy drink has been available in Europe for many years, and in 2007 is available in the US...