The mints contain 100mg caffeine (per mint) - and are one of the few caffeinated foods that can actually back this claim (with a laboratory certificate).

Foosh Mints are not candy and should be kept out of the reach of children.

A whole tin of mints would contain 1200mg of caffeine.

It appears that Foosh mints are no longer available (2018). 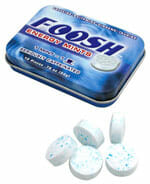 The energy mints come in a tin of 12 tablets or a box containing a strip of tablets (just like when you get aspirin or something similar).

The mints taste, well, minty - rather like a very strong peppermint. Like many heavily caffeinated things (Foosh has 100mg caffeine per tablet) there was a slight 'medicinal' aftertaste. However as a breath freshener they worked just fine.

In terms of the "kick" factor - it was no more than a cup of coffee. Everyone has a different tolerance to caffeine, and up until a year ago I was consuming at least two doubleshot espresso's per day. 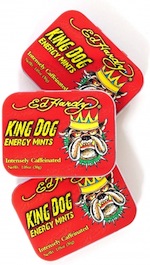 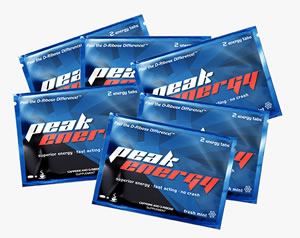 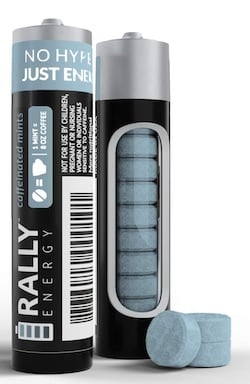 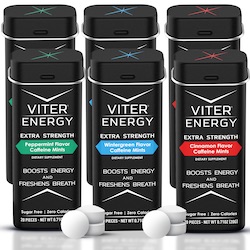 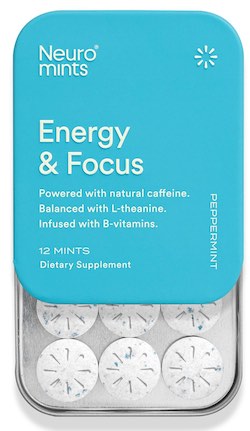