An all natural energy beverage from Function Drinks. Alternate Energy has recently been reformulated some so it's unsure if the caffeine content has been changed or not.

Where To Buy Function Alternative Energy 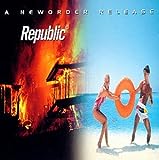 So I received this box of  Strawberry Function Alternative Energy Drink to review which also includes a handwritten note.

The note gives me a brief description about the drink.  It explains that Function is “designed to kick in over time, a true time released formula that lasts 6-8 hours for most people”.

The Function Energy Drink founder (Dr. Alex Hughes) wanted a energy formula that wouldn’t give him the shakes during surgery and wouldn’t have a built in crash.  So let's put this drink to the ultimate test…

The taste isn’t as strong as I would like, yet may be perfect for others.  Taste kind of like a watered down Gatorade.  Very smooth, no carbonation makes it very easy to throw down.   More of a Guava flavor than strawberry, with a slight bitter aftertaste.

Rolling with just 120 calories, function provides its energy from a 300mg proprietary blend of Caffeine, Muira Puama extract, Catuaba extract, Epimedium extract, Guarana extract and Yerba Mate extract (much different then you will find in any other energy drink).  Also contains about 50% of your daily value of a number of different vitamins. (The older version of Alternative Energy had 70mg of caffeine per 17oz bottle and this hasn't been changed.)

I did get a very high level of alertness without the jittery feelings that they promoted Function Alternative Energy as delivering, yet it didn’t last no where near the 6-8 hours they proclaimed, maybe my energy missed the time release memo as it lasted roughly 60-75 minutes before fading without any sort of crash.

As my normal everyday energy drink to get me through another work day or give me that much needed boost to hang Christmas lights, Function isn’t the drink.  Yet I can definitely see me drinking function before and during a workout and/or basketball game to not only keep me hydrated, but to give me that extra boost without the carbonation of other drinks.  I would easy replace a Gatorade or Powerade with Function Alternative Energy Drink before replacing my standard goto energy drink.