Plow On Energy Gum is a caffeinated chewing gum promoted as an exercise performace  and alertness aide.

The gum comes in packs of 5 and is spearmint flavored.

We were recently sent some samples of Plow On Gum to try.

Plow on initially has a sweet spearmint flavor, which seems more intense than other caffeinated gums we've tried.

After about a minute of chewing, the bitterness of the 100mg of caffeine comes through. It isn't unbearable and wears off in another 2-3 minutes.

What's left is a strong spearmint flavor. We typically find other caffeine gums have to be discarded after about 15 minutes because they are no longer enjoyable to chew. However, after the bitterness of the caffeine wears off, what's left resembles other mint gums that can be chewed for an extended period of time.

The caffeine in Plow On begins to take effect in about 5 minutes and gradually increases as it is continued to be chewed. Peak alertness is acheived after about 20 minutes.

The alertness experienced from Plow On is primarily due to the caffeine since there is such very little of the other ingredients to make a noticable difference.

Plow On Gum is Not Candy

With 100mg of caffeine per piece and 500mg per pack, Plow On should be used with caution and only by adults who understand their caffeine tolerance.

Due diligence should be used to keep Plow On out of the reach of children who could easily consume more than the recommended safe caffeine amount.

Ingredients in Plow On Gum

Is Plow On Gum high in caffeine?

our review and http://plowongum.com/ See other references.
Last updated on 5 Mar 2021. Suggestions or corrections? Send Feedback 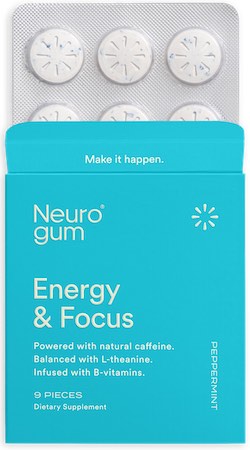 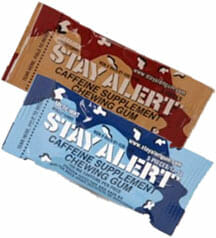 Zenergy Gum
Caffeine Amounts
Zenergy Gum caffeine amount and a review of how this energy gum tastes, functions, and compares to other caffeine chewing... 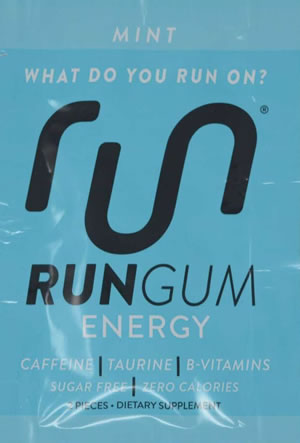 Run Gum Energy
Caffeine Amounts
The caffeine amount in Run Gum Energy and a review of how the 3 flavors of this energy gum tastes... 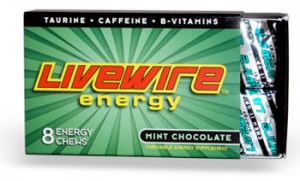 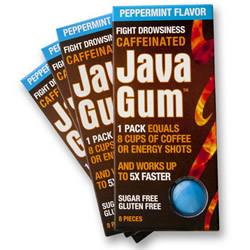 Java Gum
Caffeine Amounts
Java Gum is a caffeinated gum that promises to wake consumers up 5x faster than coffee or energy shots. This...