Pure KYK is a energy powder packet that is designed to be mixed into 12oz of water or the drink of your choice. There are many different flavor packet that you can add to your bottle of water, just seems the energy companies are a little late to the party. That being said, KYK is designed by a group of college students, so you know they take their energy serious. I was sent some samples from KYK to try out.

The directions say to add a half packet for 3-5 hours energy, or a whole packet for EXTREME energy, so to give it a true test, I tried it with a few different beverages. Water: I added the half packet to 12oz of water and it was hard to drink because of bitterness. Adding a little more water made it better, but still undesirable. Apple Juice: Once again I added the half packet to 12oz of juice. As the bitterness was a bit lower, it was still detectable. After doubling the amount of juice, I found no trace of bitterness. Sweet Tea: This time I added an entire pack to 24oz of tea. This time the bitterness was nearly gone and as much as it wasn't tasty, it wasn't that bad either. I Still could taste the KYK.

KYK does indeed pack a punch!

This packet may be small, but these college students know how to pack a punch within it. It seemed like I was only a few sips in before feeling this new found energy and felt it for a good 4 hours before decreasing with no real crash. And as easy as these packets are to keep in your desk for a quick energy punch to your drink when your day is just a little too long, I'm not sure if I'll be reaching for KYK. I found it only really drinkable when adding it to something already very flavorful. Maybe I'll throw a pack in the back of my desk for a rainy day and give it another test down the road, but for now, I'll look elsewhere for my energy fix. Reviewed by Brandon Trouten

our review/ packet and http://kykenergy.com/ See other references.
Last updated on 18 May 2015. Suggestions or corrections? Send Feedback 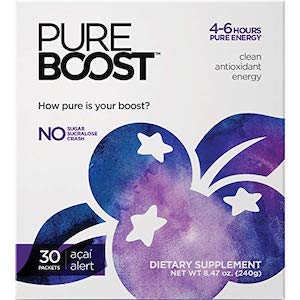 Hot Pure Energy Drink
Caffeine Amounts
Hot Energy Drink is made by JUMP beverages and is their sugar-free energy drink, marketed to females or males who... 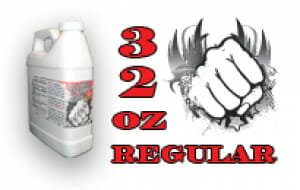