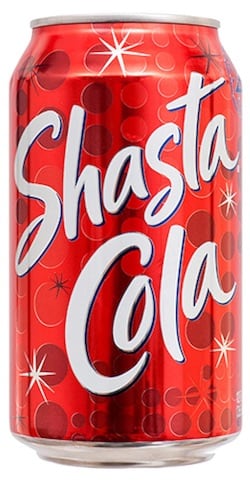 Shasta Cola is manufactured by National Beverage Company. Shasta soft drinks come in over 40 flavors and have been around since the 1930s. Named after Shasta Springs in California.