This item has very high levels of caffeine
Discontinued? This item may no longer be available.
Correction? Send Feedback

Ubershot is a German made energy shot but now imported top the UK.

See also our complete review below.

Warning: Ubershot contains a large concentrated dose of caffeine! This may be dangerous for some consumers.

At a glance Ubershot looks like a perfume sampler.

The little red bottle caught my eye straight away when I was fumbling through my mail at work. After reading the little leaflet I got with it, I have to say I was eager to try it. Not only this, but anything that has any form of German undertone, I start expecting a lot  from due to previous experience and I have to say in hind-sight this drink delivered.

I was low on caffeine as it was and with a sustainability meeting in the afternoon I had to do something quickly. So without a second thought I cracked open the little bottle and downed it without stopping to think. Whether this was down to the cute packaging or the somewhat mystical facts and figures that accompanied it, I would not know.

I never know what to expect with drinks that label their flavour as ‘original’ and yet again I was impressed with this flavour in the sense that I couldn’t work it out and with only 58ml to draft a conclusion from I was at a bit of a loss.  However, if I get updated on what the flavour is I will pass it on to all of you.

Back on track with the flavour… I have to say I like it, Ubershot's slightly acidic and it’s quite refreshing. However, due to the sucralose that has been used to replace the sugar, it reminded me a little bit of the cheap sugar-free fruit concentrates. But, this didn’t bother me as it was only a single gulp with a decent boost in energy.

Ubershot isn't "Uber" for nothing....It's pretty packed, boasting a pretty impressive energy blend consisting of Taurine, Glucuronolactone, Caffeine (210mg), and amino acids. Usually B vitamins are included in the energy blend, but Uber lists them seperatly with a healthy dose of B12, B6, B9, B3, and B5.

As with every energy drink I test, I test them in different circumstances and I have to say that this one performed well in all of them. I have to say the feeling was pleasant and it died off slowly instead of dropping instantly after a few hours. In the majority of the tests, I only took 1 Ubershot, but when I was driving I took 2 which I have to say made me feel a little odd. Not really buzzing, but more spaced out which I have to say isn’t the best thing when you’ve been on the road for 5 hours.

However, I have to say these are perfect as a mid-day drink to keep you pumped up for the rest of the day (or at least till the end of work). I don’t really have a bad thing to say about the effect unless you overdose and then I guess there’s never a good thing to say.

Okay, so in my eyes it doesn’t taste perfect, but the pros out weigh the cons. Ubershot is a great drink it gives you a boost, its small, and best of all it looks sexy. I still have the empty bottle just because Ubershot look so good. I have to tip my hat to them, its one classy drink with a decent taste and effect.

Ubershot: Uber Energy
Energy Shots
A review of Ubershot which is a German made energy shot imported to the UK.

Sport Max Energy Shot
Caffeine Levels
SportMax Energy Shot caffeine content and review. How does it compare to other shots and pre-workout supplements? 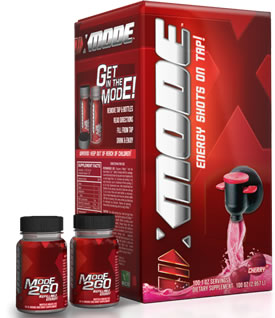