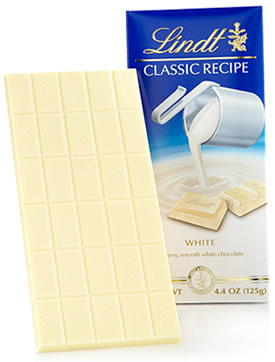 White Chocolate is a popular candy and used as a flavoring agent for many desserts and beverages.

However, unlike traditional chocolate, white chocolate contains no caffeine.

How White Chocolate is Made

The only part of the cocoa bean that white chocolate contains is the fat or cocoa butter.  During production, this fat is separated from the cocoa solids and would contain only a small trace, if any caffeine.

In fact, the possible trace of caffeine in cocoa butter is so low that it is considered caffeine-free.

White chocolate primarily gets its flavor from vanilla flavoring added to the product.

Any white chocolate product that is blended with regular chocolate or added to coffee would not be caffeine-free.

Example: A Grande Starbucks White Chocolate Mocha has 150 mg of caffeine per 16 fluid ounces because of the espresso shots used to make the beverage.

If the product doesn't contain cocoa butter then it is not real white chocolate.

Where To Buy White Chocolate 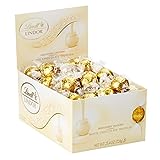 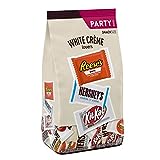