Does caffeine make it harder for women to get pregnant as well as lower sperm count in men?

Let’s take a look at what the research reveals about how caffeine affects human fertility.

Caffeine and Infertility in Women

It looks like women who regularly consume coffee and/or energy drinks reduce their chances of getting pregnant.

However, don’t ditch the birth control just yet for a Bang Energy Drink. It only reduces a woman’s chance of getting pregnant by about 27 percent.

This study was conducted on mice but gives researchers more insight into how the fallopian tubes work in humans and could lead to cures for certain types of infertility.

The researchers recommend that women who are trying to get pregnant should quit consuming caffeine.

And if you think you can drink caffeine for added birth control, I wouldn’t count on it as nature usually finds a way.

Researchers at the University Department of Growth and Reproduction at the Rigshospitalet in Copenhagen, Denmark revealed the results of a study that investigated whether or not high caffeine consumption affects sperm count.

The researchers believe that there is some ingredient in the cola-flavored soda that is causing this, but they aren’t sure what it is as further research would have to be conducted to determine the culprit.

A more recent study showed that caffeine did not affect semen quality or sperm count. Src.

However, research out of Massachusetts General Hospital in Boston found that men who consumed 265 mg of caffeine or more had the lowest chance of becoming a father through IVF. Why this happened is not understood since caffeine didn’t affect the number or quality of the sperm. Src.

The good news is that male caffeine addicts can still reproduce like rabbits, the bad news is that if this mystery ingredient is also in energy drinks then many men could have a problem.

Caffeine consumed in natural products like coffee and tea is usually best. 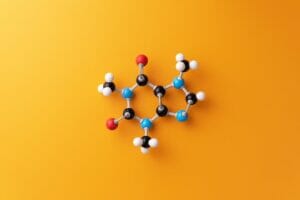 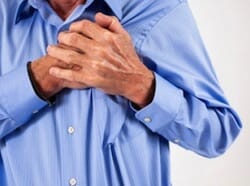 Caffeine During Pregnancy: How Much is Safe?
Research
Consuming caffeine during pregnancy is up for debate by professionals. Here are the researched risks and safety guidelines for pregnant...

Prevent a Stroke By Drinking Caffeine
Caffeine Benefits
A summary of research studies that look at caffeine, coffee, and stroke risk. Does caffeine reduce risk or increase it?
Written by Ted Kallmyer, last updated on January 7, 2020