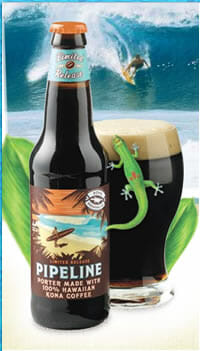 Coffee flavored beers have begun to soar in popularity with the rise of microbreweries and the craft beer movement.

Many of these beer craftsman have begun using coffee as way to give their brew a unique flavor and  a subtle hit of caffeine.

Traditional caffeinated beer had a short run until the FDA put a stop to it. However using natural coffee as the source for the caffeine is allowed.

Yes, coffee beer does have caffeine in it, but determining an exact amount would be tricky without laboratory analysis.

Our best educated guess is that a coffee beer would have less than 50mg per 12 fl oz. since there is a lot of other ingredients in the brew besides coffee. Coffee is more of a flavoring as opposed to the main ingredient.

Also, it would be highly unlikely that anyone would overdose from coffee beer because these beers are usually stouts are dark Ales. These types of beers are very heavy and typically are very filling.

Most people would have 1 or 2 of these beers max depending on the serving size, which would be well below what is considered safe caffeine-wise.

Are you a fan of Coffee Beers? 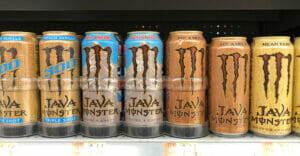 Java Monster: Coffee-flavored Energy
Coffee / Energy Drink Reviews
Java Monster is a line of coffee flavored energy drinks from Monster Energy. How do they taste and how do... 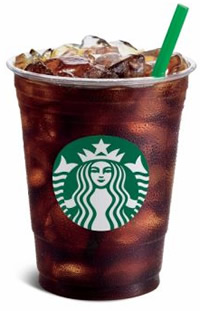