Now here’s something I’m very excited about reviewing. A Crunk Energy Stix, looks like a flavor packet you would add to your normal bottle of water, yet you open the packet and just pour it on your tongue! You got it?

First, I must say I’m a fan of all the Crunk Energy drinks, they do a very good job on flavoring their products. The contents of the “stix” resembles a pixy stick. The taste was very orange, and very delightful. Once again Crunk did it! They were able to fill their product with great taste and……….. wait a minute, hold on one second….. let me rephrase that, at the beginning the orange taste is quite delicious, yet the after-taste is very much different. As the great orange taste disappears, you suddenly find a bitter and sour tasting powder left trickling down your throat, which isn’t very nice at all.

Containing only 10 calories per packet, each 3 gram packet contains 50% of your daily Vitamin B3, B6 ,B12 along with caffeine (100mg). Crunk Energy Stix also include trace amounts of Green Tea, Guarana, Ginkgo Biloba and Ginseng.

These “energy stix” packed a pretty good energy punch. Within a few minutes of digesting a whole 3 gram packet, I felt the rush I was looking to get, yet it seemed just as fast as it came, it was gone, lasting roughly only about 15 minutes.

My verdict on Crunk Energy Stix would leave me describing them in one word…ROLLERCOASTER. The taste went from a very good orange flavor and on top, to dropping down low with their bitter aftertaste, then the energy rush takes you quickly to the top, yet their lack of holding that rush drops you. So if you’re looking for a very quick boost, or just trying to find a “new” way to get that energy boost, rip open a Crunk Energy Stix, but if you’re a veteran to the energy drink scene, I’d stick with your old reliable. 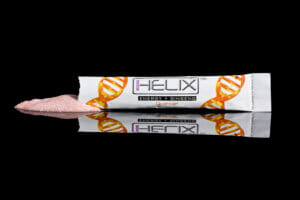 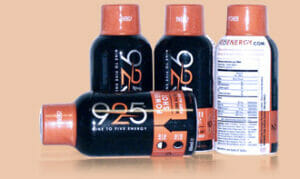 925 & Player Aid Energy Shot Review
Energy Shots
I was very pleasantly surprised when I found two cases of energy shots in the mail - both addressed from...
Written by Ted Kallmyer, last updated on February 7, 2013