Should caffeine be considered a gateway drug?

Some think so, especially as the reports of caffeine overdose in teenagers increase.

I remember the days when the D.A.R.E officer would come into my school and warn about the dangers of smoking and drinking as they were the gateway drugs to hard illegal ones.

It now appears that certain officials are pushing to add energy drinks and caffeine to the list of gateway drugs.

A recent study conducted by the American Society of Addiction Medicine found a strong correlation between teen energy drink use and their use of illegal drugs.

Their finding came from analyzing the results of self-reporting surveys from a nationally representative sample of teens in grades 8, 10, 12.  Here’s a summary of their findings.

Another study published in the journal, Neuropsychopharmacology sought to see if caffeine consumed during adolescence permanently altered the brain’s functioning in adulthood.

The researchers from The University of Colorado concluded the following:

“Caffeine consumption during adolescence produced changes in the NAc that are evident in adulthood and may contribute to increases in cocaine-mediated behaviors.”

Basically, they found that caffeine consumed during brain development increased the level of enjoyment experienced by those adults when using cocaine as adults. The study can be found here.

Another study conducted by the University of Maryland School of Public Health and published in the journal Drug and Alcohol Dependence also found a correlation between energy drink consumption and drug abuse.

In this study, college students were enrolled in the study and followed for 5 years. Researchers found that those that reported regular energy drink use were more likely to use cocaine, prescription stimulants, and abuse alcohol at age 25.

Caffeine as a Gateway Drug Proposal 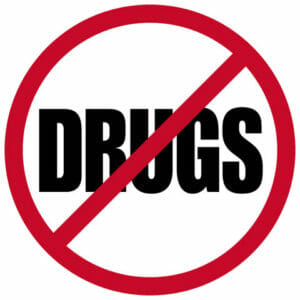 In addition to the above study, the LA Times reported that Roland Griffiths from John Hopkins University has recently published a paper outlining the dangers of energy drink consumption. He also had 97 addiction experts sign the paper and then he sent it to the US Food and Drug Administration calling for federal regulation of energy drinks.

He believes that energy drinks should be considered gateway drugs and that kids who consume them will be more likely to use illegal drugs in the future.

He refers to a study performed that claimed college students who drank energy drinks were more likely to engage in risky behavior.

I think more research is needed before this kind of assumption can be made about energy drinks and their relationship to substance abuse.

The study from the ASAM sampled 22,000 students and the second study only looked at 795 college students, which is a start, but not large enough to draw solid conclusions about the dangers of energy drinks and their alleged gateway drug status.

Also, I think people who are inclined to have an addictive inclination tend to go overboard on everything like caffeine, alcohol, and eventually perhaps harder drugs; but energy drinks aren’t likely the cause of this behavior.

It may seem like teens abusing energy drinks is the lesser of two evils, but too much consumption of energy drinks can have adverse consequences on teenagers’ health.

Whether energy drink consumption is the gateway to harder drugs in the future is possible, but more research will be needed fully understand the existing correlation.

However, because of energy drink health concerns, several municipalities around the USA and around the world are proposing that energy drink sales be restricted by age similar to the way alcohol is governed.

What do you think? Do you think energy drinks should be considered a gateway drug and restricted by the government? 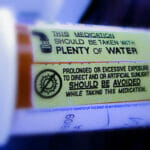 25 Common Caffeine and Drug Interactions
Caffeine Side Effects
Caffeine can interact with other medications or prescription drugs. We list the most common interactions and include guidelines to prevent... 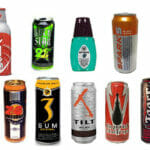 Alcohol and Energy Drinks: The Dangers of Mixing
Caffeine Side Effects / Energy Drinks
A list of alcohol energy drinks and beverages that contain caffeine and alcohol. Research shows mixing caffeine with alcohol is... 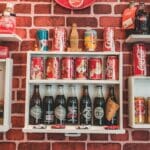 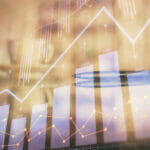 Caffeine Content of Drinks
Caffeine amounts for over 1,000 drinks including energy drinks, sodas, coffees, and teas. Which drinks have the most caffeine and...
Written by Ted Kallmyer, last updated on January 5, 2018

Caffeine Detox: How to Quit Caffeine and Break the Addiction

12 Signs of an Energy Drink Addict