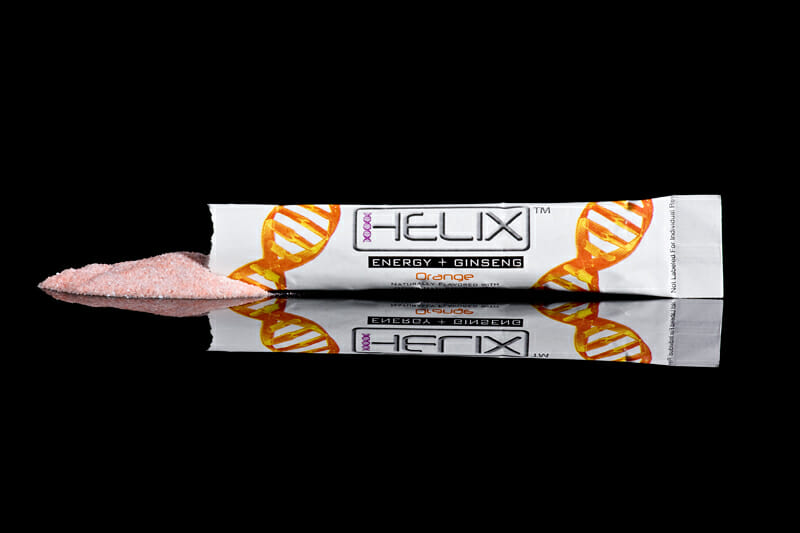 Helix is a newcomer to the energy drink market.

They have only one product currently and it hasn’t been out for very long.

None the less they’ve received awards from examiner.com as being among the best energy products of 2008.

Combine that with some pretty cool branding and my curiosity is peaked. Helix is a drink mix rather than a canned beverage. It comes in a slim pouch that is pre-measured for the standard half-liter bottles of water available at any store with a cooler. I’ve heard (though not tried) that it works well to mix into other drinks such as teas and sports drinks.

Helix turns your bottle of water a bright, glowing orange when mixed and tastes about how you’d think. It has a tangy orange flavor that doesn’t have much of an energy drink “signature” to it. Some reported to me that it tastes very much like Tang. It is sugar-free so it has a lighter flavor than you expect, but all in all it’s very much like a bottle of Kool-aid.

My only complaint is that the crystals in the mix don’t always dissolve completely, making the last few drinks kind of gritty. I initially blamed this on not properly shaking the mix, but it didn’t seem to matter how forceful I was on subsequent drinks. It’s not really terrible but it is noticeable.

Helix packs 160mg of caffeine into each packet along with Ginseng and Vitamins B6, B12, and C.

I received a great boost the first time I drank this stuff. I’m not sure if I was in a strange body state or what because after the first try, Helix delivered only a medium level rush. However, the price to performance on Helix is great and many will find it delivers just the right amount of energy.

Overall, Helix is a very good start for a fledgling company. They’ve kept it simple with one good flavor and kept the energy content manageable. I hope they find some wider distribution as I don’t know that I’d go out of my way to purchase these over the internet when so many good options are available right around the corner. I’ll be interested to see how they do and will hopefully be able to sample some of the new flavors they have coming down the road. 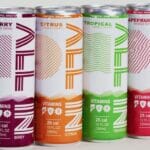 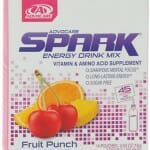 OC Energy Drink: A Bitter, Jaded Review
Energy Drink Reviews
I have a feeling I've said this before, but I'm pretty sure I'm right this time. OC Energy Kik-it Original...