Is Caffeine Addictive? What Research and Experience Reveals

It has long been debated whether or not caffeine should be labeled as an addictive substance.

Most people who use caffeine regularly can attest that it does cause some level of dependency in that quitting caffeine causes obvious withdrawal symptoms.

However, caffeine addiction has still not made its way into the DSM-5 (Diagnostic and Statistical Manual of Mental Disorders) nor on the The National Institute of Drug Abuse’s addictive drug list.

What Research Says About the Addictive Nature of Caffeine

An article published in The American Journal of Drug and Alcohol Abuse asks the question “Is Caffeine Addictive?”

The common-sense use of the term addiction is that regular consumption is irresistible and that it creates problems.

Caffeine use does not fit this profile.

Its intake does no harm to the individual or to society and its users are not compelled to consume it. Though cessation of regular use may result in symptoms such as headache and lethargy, these are easily and reliably reversed by ingestion of caffeine.

Some have argued that continued caffeine use is an attempt to suppress low grade withdrawal symptoms such as sleepiness and lethargy. In some moderate users, this is possible;
however, in experimental contexts, the phenomenon is too inconsistent to constitute a reliably valid syndrome.

The article reviews over 32 different journal articles and concludes that:

Caffeine use meets neither the common sense nor the scientific definitions of an addictive substance.

On the Flip Side:

Roland Griffiths and Laura Juliano teamed up to review 170 years of caffeine research for The Psychopharmacology Journal and concluded the following:

In general, the incidence or severity of symptoms increased with increases in daily dose; abstinence from doses as low as 100 mg/day produced symptoms.

This study clearly justified the case for caffeine withdrawal disorder, but didn’t prove the case completely for a caffeine addiction disorder.

Although the health community can’t quite come to a solid conclusion about the addictive nature of caffeine, people’s personal experiences with the drug certainly allow us to draw some conclusions.

Because we have been tracking caffeine related products and issues for many years, people often share their stories with us regarding their addiction to caffeine and struggle to break free from it.

I’ve spent 20 years addicted to caffeine (primarily coffee), coming off it now and then, going back on it, repeat pattern. I’m in my 40s now and I think I’m quitting it for good. I say “think” because the siren call of freshly brewed black coffee is strong. Very strong. I’ve quit probably a 12 to 20 times – not quite annually — longest lasting about 3 months. What is increasingly shaping my commitment to quit is 2 things – what my life on coffee has become, and the escalating severeness of the withdrawal symptoms. -a Caffeine Informer commenter

According to StatisticsBrain.com, in the USA alone consumers spend 18 billion dollars on specialty coffee alone each year. Also Americans are spending 3.4 billion on just Red Bull.

We could easily conclude that people are not buying all that coffee and Red Bull because they just “love the taste”. They are spending the money because these products are fulfilling a strong “need” for something both physiological and psychological.

If caffeine wasn’t addictive, on at least some level, we wouldn’t see so much money being spent on products that have no nutritional value so to speak.

Understanding Your Level of Addiction

While we can debate on the whether or not caffeine should be labeled as an addictive substance, most would agree that caffeine is indeed “addictive” for many people.

People have to determine personally whether or not their dependance of caffeine is manageable or not. This involves asking themselves the following questions:

Answering yes to any of those questions, my cause the need to further evaluate the level of addiction, the amount of caffeine consumed daily, and the need to detox from caffeine.

What’s your experience? Are you or have you been addicted to caffeine?

Caffeine and Dehydration: What the Research Says
Research
What the research says about the dehydrating effect of caffeine. It can act as a diuretic, but only in certain... 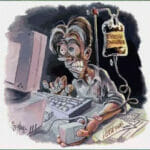 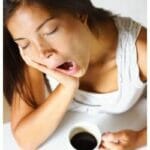 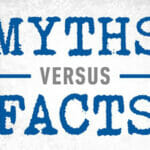 Caffeine Withdrawal Symptoms: Top Fifteen
Caffeine Addiction / Caffeine Side Effects
The most common caffeine withdrawal symptoms. If you have or are planning on giving up caffeine, here's what symptoms to...
Written by James Foster, last updated on December 17, 2018