Are teens and kids abusing and overdosing on energy drinks as often as the media portrays?

Daily, it seems there are news stories proclaiming the dangers of energy drinks for teens and about politicians or government agencies calling for the banning of energy drinks and their regulation.

However, is energy drink abuse really the huge problem it’s proclaimed to be? Let’s take a look at what the data and the latest research say about energy drink overdose among teens and children.

If you’re not familiar with The American Association of Poison Control Centers, they are the government agency responsible for collecting information on all the ways people are poisoned each year.

They publish a very detailed annual report documenting reported cases during that given year.

Their latest report is for the year 2013. Let’s look at how many people reported overdose from energy drinks in 2013 and compare it to the previous year.

The above data is for single exposures only and includes energy drinks with multiple sources of caffeine, but not in combination with alcohol.

A recent study conducted by the American Heart Association found that between the years of 2010-2013, 40% of all the energy drink exposure calls to the poison control centers involved children age 6 or under. Src.

According to the AAPCC total energy drink exposures have been on the decrease since 2012. (This is any call that mentions any type of energy drink).

Looking at the above data, we can draw a few conclusions.

Because caffeine is being put into products that are especially appealing to teens (i.e. sweet, fruity beverages like energy drinks), teens can pretty quickly consume too much caffeine without realizing it.  No one would argue that other substances are far more dangerous, but other drugs aren’t specifically marketed to the younger demographic either like energy drinks are.

The Journal of Pediatrics who studied caffeine overdose reports from 2007, concluded the following:

Energy drinks have no therapeutic benefit, and many ingredients are understudied and not regulated. The known and unknown pharmacology of agents included in such drinks, combined with reports of toxicity, raises concern for potentially serious adverse effects in association with energy drink use. Their Study

I still think education is a better tool than legislation or regulation. Parents and teens need to be informed and educated about using caffeine responsibly in any form whether it be energy drinks, coffee, or caffeine supplements.

Since 2009, there have been some reported cases of death related to energy drink/shot consumption and the subject is still receiving a lot of media attention. Recently, a survey conducted in Australia showed that teen athletes are abusing energy drinks and No-Doz to help them compete better at sporting events. src.

The Canadian Journal of Cardiology recently published a comprehensive study that looked at the incidences of cardiac events after energy drink consumption among teens.

They found that energy drink abuse among teens did cause an increased risk of cardiac events especially in those with underlying heart conditions and there were even some cases of energy drinks causing changes in heart rhythm among teens with healthy hearts. This risk increases when the child engages in sports or exercise.

The researchers, therefore, have the following recommendations for safe use of Energy Drinks among this age group.

Sometimes it can only take one energy drink to cause problems for some teens.

A 17-year-old male patient presented to the emergency department with sudden onset of palpitations after drinking high caffeine preparations at the gym. He had no relevant medical history or family history of sudden cardiac death. He denied any use of regular medications, alcohol or illicit drugs.

Energy Drink Use Related to Depression and Substance Abuse in Teens 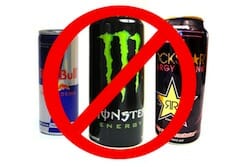 A recent study conducted by The University of Waterloo and Dalhousie University in Canada found that teens who consume energy drinks are also more at risk for developing depression and substance abuse than teens who never drink energy drinks. Src.

A more recent study published in The Neuropsychopharmacology Journal found that teens that consume caffeine are more inclined to be addicted to drugs like cocaine as adults.

The University of Colorado researchers discovered that when caffeine is consumed by those with developing brains, it permanently alters brain chemistry causing those individuals to receive more pleasure from cocaine than one otherwise would.

They Could Also Cause Hyperactivity in Teens

A study published by Academic Pediatrics reported that energy drinks and sugary beverages are linked to hyperactive behavior in teens and children.

“Students reporting consumption of energy drinks were 66% more likely to be at risk for hyperactivity/inattention after adjusting for number of drinks, other types of drinks consumed, and other potential confounders.”

While this was just a small self-reporting type of survey study it does warrant more research concerning the energy drink and hyperactivity issue.

Young people will always tend to do/consume things that aren’t good for them and this will continue far after energy drinks are yesterday’s news and history shows us that villainizing a product usually only makes kids want it more, so perhaps teaching responsibility may be better than regulation.

A recent study looked at all the research from 1997-2017 conducted concerning energy drink use and children. The study concluded that energy drinks were associated with health problems including high blood pressure, cardiovascular disease, headaches, sleep disorder, substance use, stress and hyperactivity in children. However, more focused research would be needed to draw more formalized conclusions. 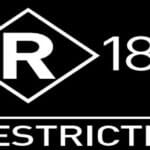 Energy Drink Ban: Should Children Be Restricted From Buying? Energy drink sales to minors are banned in some countries and a ban on the sale to children is possible in the USA. We look at the data and legislative action to date.
READ MORE...

The Coffee and Energy Drink Double Standard There seems to be double standard when it comes coffee and energy drinks. Is coffee safer than energy drinks even though it contains more caffeine?
READ MORE... 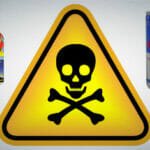 Top 15+ Energy Drink Dangers 15 possible energy drink dangers when too many are consumed at one time. Caffeine and other ingredients can have harmful side effects.
READ MORE...

Energy Drinks and Caffeine: A Gateway Drug Some believe energy drinks and caffeine increase the risk of substance abuse. Here are the studies that support caffeine being labeled as a gateway drug.
READ MORE...

Energy Drink Side Effects Possible energy drink side effects that can result from caffeine and the other common ingredients used such as sugar, taurine, B vitamins, and herbs.
READ MORE...