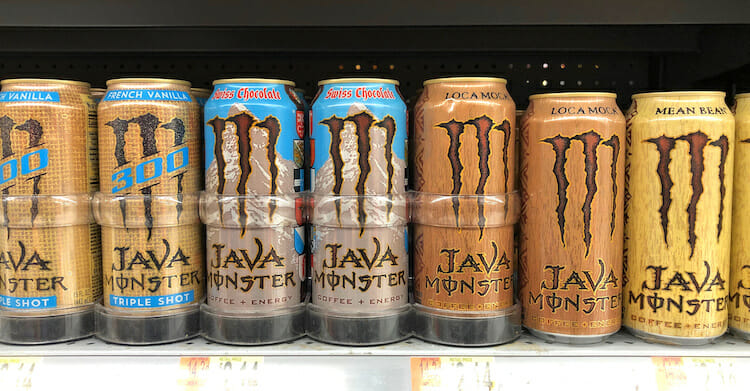 Java Monster is a line of coffee flavored energy drinks from Monster Beverages.

Java Monster is available in a number of flavors:

Most locations don’t have them all in stock at the same time. The toffee flavor was discontinued.

The Mean Bean has a mild vanilla flavor, and the Mocha is slightly chocolatey! The two taste very similar and resemble a coffee flavored milk more than anything else.

In terms of formulation, Java Monster appears to contain the same “Energy Blend” as regular Monster. However, it has always been a bit of a mystery as to how much caffeine the coffee extract added.

Thanks to better labeling, we can see that he coffee extract adds just 40 mg of caffeine.  However it should be noted that drinks with coffee extract will vary in caffeine, due to the variable nature of coffee beans and blends.

There is a ‘triple-shot’ version also available.

Canned iced coffee drinks can sometimes be a hit-or-miss deal with today’s consumers who like a fine-tuned coffee or espresso from home, or a place like Starbucks.

The particular flavor of Java Monster we tried was Mean Bean. Formulated with a sweet taste paired with a creamy consistency, it’s easy to drink and would appeal to more than just the coffee connoisseurs out there.

Mixed with filtered water and skim milk, it’s not too heavy or too thin, having the depth of what would be an average bold roast. At fridge temperatures, Java Monster has a nice “iced coffee” taste, especially for those who love a sweet cup of coffee.

Those who prefer black coffee or unsweetened coffee would probably find Mean Bean and other flavors sickeningly sweet  (33g of sugar + Sucralose)!

The drink provided a moderate energy boost that didn’t have us bouncing off the walls, nor feeling lethargic. However, the high sugar content caused a bit of the jitters and a 15 fl.oz. coffee would contain more caffeine without all the artificial ingredients.

Java Monster probably appeals more to non-hardcore coffee drinkers who like their coffee on the mild side and very sweet. Just don’t expect to be exalted into an upper state of consciousness.

Very smooth and rich, it’s almost like a chocolate milk.It has the coffee aroma, yet a chocolaty taste with a touch of coffee, just right if you ask me. And did I mention that it’s sooooo smooth?

Each 443ml can will pack 200 calories and the usual amounts of Vitamin A, B, C, and D, along with slight amounts of Calcium, Phosphate, Sodium, and Potassium. The energy comes from a mix of 2000mg of Taurine and 400mg of Panax Ginseng along with 5000mg of their Energy blend made up of 188 mg Caffeine, Guarana, Inositol, Glucuronolactone, L-Carnitine, Glucose, and Matlodextrin.

You can always count on Java Monster for not only a good flavor, but a good energy rush. I drank my Kona after dinner (kind of a dessert) and saw a solid alertness, with a boost in my energy levels lasting a bit over 4 hours. The crash was very slight, matching the usual crash of the other Monster drinks, yet nothing to worry about.

Compared To Other Coffee Energy Drinks?

How does it compare to other coffee energy drinks caffeine-wise? 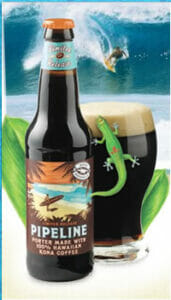 Coffee Flavored Beers
Coffee
Coffee flavored beers are common in the craft beer industry. Here's 10 that deliver the flavor of coffee and a... 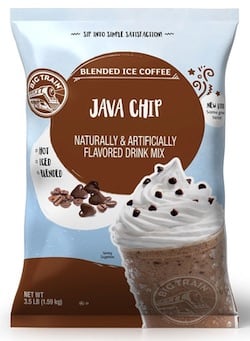