So, I met this guy the other day who called himself Mr. Energy handing out his 8 Hour Energy Shot.

He was peddling his new energy shots that trump 5 Hour in the number game with an 8 hour claim and an accompanying slogan that reads “time in a bottle.”

I figured that any guy named Mr. Energy with that kind of literary prowess must be legit when it comes to this sort of thing  and it didn’t stop there.  He informed me that the shots have “crash-proof technology.”  I quickly placed one in the middle of the street and smugly turned around to him smirking after a truck pancaked the shot.  He said I missed the point.  Whatevs.

Mr. Energy 8 Hour Energy Shots offer a solid performance here.  There’s no missing the concentrated energy blend taste found in all shots, but it’s covered nicely with a berry flavoring (supposedly acai berry).  Is it pleasurable?  Hardly.  Can you get through it without gagging?  Yep, and realistically that’s a good performance by today’s standards.

Here’s the part you likely already knew:  8,333% B12 daily value and an undisclosed caffeine content.  On top of those wildly imitated figures, though, these shots contain a bunch of other funky things that sound like exotic herbs and plants.  I have no idea what they all are or claim to do, but I did notice that yohimbine alkaloids were mentioned alongside caffeine in the same sentence of the standardized energy drink warning statement.

Editor’s note: According to Drugs.com, “yohimbine alkaloids have been used in the treatment of organic and psychogenic impotence and for use as an aphrodisiac”. They also can be dangerous for some people.

Surprise, this shot works double time.  Does this mean it lasts for 16 hours?  No, it barely lasts for 4.  I was just using that statement to keep with the whole time theme.  For those 4 hours, though, you’re up and about, and almost jittery in the beginning.  Did an energy shot finally get the ratio right for jittery and natural energy?  No, but this one’s moving in the right direction (I’m still waiting for a shot that properly combines immediate intense energy and prolonged natural energy).

Mr. Energy 8 Hour Shot is a great pick-me-up for any time of the day and doesn’t make your taste buds pay dearly for it.  Just make sure you don’t take the 8 seriously.  The number bickering between shot companies is ridiculous, it’s rare any of them ever come true.  Any bets on how long it will be before someone makes a 24 hour claim?  Probably well before a truthful “1-4 Hour Energy Shot” is made.  Also, yes, the shot really does claim to have “crash-proof technology.” 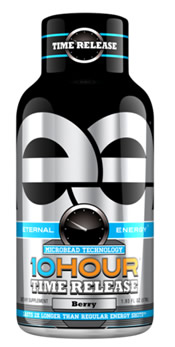 6 Hour Power Review
Energy Shots
How do you get around strict caffeine content beverage laws? Well, you call the product a dietary supplement and your... 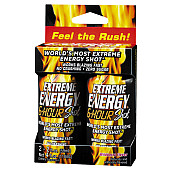 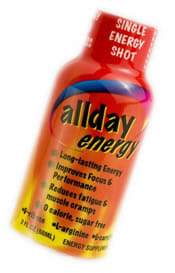 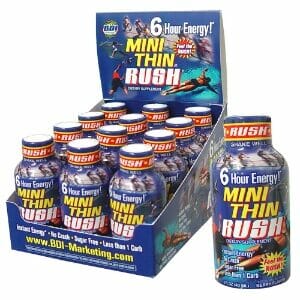 5 Hour Energy
Caffeine Amounts
Caffeine amounts in 5 Hour Energy shot. Extra Strength and Decaf included as well. What else is in this shot...
Written by Ted Kallmyer, last updated on August 4, 2014