They are completely different drinks and companies. In any event, here are the reviews of the NOS beverages for sale in New Zealand.

A few months ago a school girl in New Zealand drank a few NOS shots and passed out at her school. We reviewed the NOS shot and it did have 250mg of caffeine in it which is heaps as far as Southern Hemisphere products are concerned.

Even though the lack luster performance of the NOS shot, I was excited to try NOS New Zealand’s take on the standard energy drink. I can’t say I’m too impressed with the can’s monochromatic design, but the black letters with “Triple X High Strength”, and “Supercharged Energy Fuel” do make me wonder if NOS really is “The New Breed”.

The can kind of also reminds me of the black and white “generic” food items that showed up in the USA supermarkets back in the 80’s, but of course most of you are too young to remember that…

Well, well, well, that’s a familiar taste…hmm could it be R– B—? Nah, it clearly says NOS on the can, but the flavor is what it is and it does work since it’s the number one drink on the planet and the most copied. The flavor’s nice, maybe a tad sweeter than the magenta bovine, but because of the hoard of clones out there, it’s generic like the looks of the can.

Despite the Triple X warning and the warning to only drink one NOS energy drink a day, I don’t see how this product will hurt anyone with only 160mg of caffeine in it. That’s like having a double shot Flat White and most people in NZ  have at least two of those a day. Some Taurine, Niacin and B5 complete the pretty meager energy line up. No Nitrous Oxide to be found.

I experienced a nice afternoon pick me up from NOS Energy Drink, but it nowhere near lived up to the promises on the can.

Pretty generic experience with NOS energy drink overall, and I’m not sure this one will survive unless they really reformulate it so that it really is a new breed. I don’t know, at least nitrogenate the water to make it like Monster Nitrous or something. I just can’t think why anyone would choose NOS over the other well established energy drinks in the New Zealand market.

Ok folks, before you get too excited this is a review of the NOS Energy Drink that is made and distributed to New Zealand.

The can claims that just as nitrous oxide gives cars a boost of energy so will their nitrogen/CO2 mixture.

We’ll see, as most people would hopefully understand that nitrous oxide and nitrogen aren’t the same thing.

First of all, NOS is nothing like Monster Nitrous. There isn’t a foamy head when opening the can or a foamy texture. It just looks and feels in your mouth like a normal carbonated drink. However, that being said, the taste is good. It’s orange/citrusy and reminds me of a “juiced energy drink”. It has a slight energy taste, but hey, it is an energy drink after all.

Nothing too out of the ordinary here. A 500ml can will deliver 59g of sugar, 160mg of caffeine, 1000mg of taurine, and just 8mg of both B3 and B5. It says that it contains nitrogen, but not how much. This is of little consequence anyway as nitrogen has no effect, we breath in 78% Nitrogen with every breath we take.

Ok, you know the effect you get when you consume any other 500ml energy drink with 160mg of caffeine and over 50 grams of sugar? Yeah, same.

This is marketing hype at its worst! Comparing nitrogen gas to nitrous oxide gas is ridiculous. Now when Monster tried this, we questioned it, but it turned out they were really using nitrous oxide gas in their product, however, clearly NOS is not. It’s a good tasting drink so buy it for that reason, but not because you expect a NOS boost in energy. It’s just not in there.

Note: The shot has been discontinued.

I have in my hand NOS Energy Shot, the most powerful caffeinated energy shot in all of the land (Southern Hemisphere that is….).

This shot has already sent several kids to their school nurse feeling dizzy and having heart palpitations. Oh well, you only live twice! Let’s see if NOS Liquid Energy Shot made by parent company, Demon Energy,  truly is “The New Breed”.

Lemon-lime or Limon would sum this one up along with the super sweet artificial sweetener after taste. Not to mention, NOS has the typical bitter hit that most energy shots possess. It wasn’t horrible, but I wouldn’t sip it either. Down the bugger, quickly!

NOS Liquid Energy Shot may boast a “high octane” and “R-16” warning, but it is there for caffeine alone, clocking in at 250mg. All of the other energy ingredients are pretty weak and did I mention besides caffeine there are only essentially 3?  Taurine 500mg, Guarana 12mg, and B2 2mg. Sorry as in this department and for 4 dollars a shot, one would expect at least a full hit of B vitamins. Oh yeah, and the obvious being no NOS anywhere to be found.

I did feel that great caffeine feeling of my sinuses clearing along with a definite pick me up. However, it’s not over the top, but I must say impressive for a New Zealand product. I should note that I drank NOS on an empty stomach and after having two cups of coffee earlier.

NOS Liquid Energy Shot is the highest caffeinated product on the market in New Zealand at least of the ones I’m aware of. They get around the caffeine restrictions by calling NOS a  dietary supplement. Is it worth the $4 price? I don’t think so, but in the land of Middle Earth where choice is still a bit limited, you might want to give NOS a go.

What do you think of New Zealand’s NOS Energy Drink? 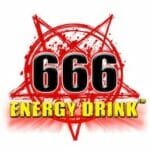 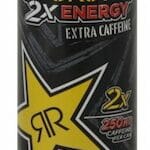