Red Bull May Cause Sticky Blood

Sugar Free Red Bull may cause blood platelets to become sticky and not work as they should.

This is based on some research coming out of Australia concerning Red Bull.

According to the Times Online, a study involving 30 university students showed that one hour after they consumed one can of Red Bull Sugar-free, they had the cardiovascular profile of someone with heart disease.

They believe that a chemical in the sugar-free Red Bull causes the blood platelets to become sticky, which could cause blood clots.

Red Bull has denied this study stating that none of their research indicated any potential problems with the beverage. They said that it was in 143 countries and has never been banned where it was introduced.

The Australian researchers warn people with heart problems to stay away from the sugar-free Red Bull, claiming that it could make the condition worse.

No problems were linked to the regular variety of Red Bull.

This certainly raises questions concerning the product’s safety, but I think there needs to be further studies performed to confirm the results that Adelaide University discovered.

No Further Evidence of Sticky Blood

UPDATE: This is a very small study, and it appears no follow up research has added anything to the debate.

Perhaps with the millions of Sugar-free Red Bull consumers safely using it, it has been anecdotally proved safe?

This is a serious accusation against Red Bull and yet it seems to have fallen off of the radar. If sugar free Red Bull causes people’s blood platelets to stick together, it should be studied further since Red Bull is the number one selling energy drink on the planet.

Red Bull has been linked to at least one death and some other near death incidents. 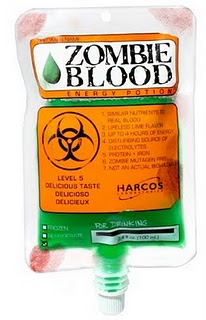 Red Bull
Caffeine Amounts
Caffeine in Red Bull and their flavor variations. Why this energy drink is so popular, its history, and the science...