So I come across this Rude energy at my local video game store. The can says right on the front “Power Up Your Game” along with the message “Specially formulated to provide peak performance during extending game play”.

Well I do love a good video game and you know I love energy drinks, so will this little 8 ounce can of Rude give me that energy rush I’m looking for or will it be GAME OVER for this energy drink?

I guess the thinking behind this drink would be that gamers would just drink them down while so entrenched with their games that they wouldn’t care what Rude tasted like because it seems they put no effort into the flavor. After taking a big sip, I find what I usually find in these gimmicky energy drinks, all focus on label and advertising and just fill it with your generic Red Bull taste. The taste of Rude Energy isn’t bad, it’s just the same taste you find in about 75% of energy drinks. No creativity regarding the contents of the can.

As for the ingredients, Rude Energy Drink is pretty much the same as you’ll find in any other “Red Bull Like” energy drink. 20mg of Niacin, 5mg of Vitamin B6, 1000mg of Taurine, 75mg of both Glucuronolactone and Caffeine, while packing in 50mg of Panax ginseng extract and Guarana seed extract. L-Cartinine and Inositol also sneak in with 25mg each.

The effect was alright. A Nice little boost and alertness, but nothing to write home about. Rude wasn’t the rush that I would expect to get me through an all night gaming party. The boost lasted roughly an hour or so, with little crash.

I kind of knew what I was going to get when buying Rude Energy Drink, but it’s still sad to see no creativity with the taste. The can looks cool and the thought of a drink for gamers seems to be a great idea. However, with how creative video games are now, I just hoped that this gamer marketed energy drink might also be somewhat creative. I’ll reach for something else to keep me going when kicking back and playing my games. 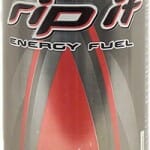 Rip It Power: Energy for Less
Energy Drink Reviews
A review of Rip It Power Energy Drink. Here's how this discount energy beverage tastes and functions. 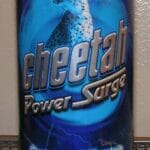 6 Hour Power Review
Energy Shots
How do you get around strict caffeine content beverage laws? Well, you call the product a dietary supplement and your...
Written by Ted Kallmyer, last updated on May 15, 2012