Spike Shooter has been banned due to it’s extremely high caffeine and the inclusion of other stimulants.

CBS news covered one such story of why and how the ban occurred.

Here are some curious things about the story.

One guy featured in the story was sent to the emergency room and diagnosed with a “caffeine overdose”. We know that Spike Shooter has 300mg of caffeine. That seems a little low for an overdose – given that you could get the same amount of caffeine out of a Starbucks Grande brewed coffee, but taken all at once can be troublesome for some.

The problem with Spike Shooter could be

His symptoms were quite serious – increased blood pressure, heart rate. He claimed he was “going blue” and shaking.

However – if some of these diet supplement companies are going to push their drinks into the teen demographic (either overtly or by subtle branding tactics) — then we are going to have a problem.

After drinking a can each – two students were taken to hospital after complaining of nausea, vomiting, fatigue, and heart palpitations. Apparently one girl had to be “brought down in a wheelchair because she could not walk steadily”.

Spike Shooter comes with a VERY clear warning: “Don’t drink if under 18.”

Spike Shooter also warns “drink only half a can at a time”.

At Caffeine Informer we’ve heard some positive reports about the drink – particularly with those who are active weight lifters.

The school principal is right to ban the drink from the school – because SPIKE is only for people over 18.

Another question is – where did the kids get the drink?

If from GNC – then the salespeople there have a duty to use some common sense when selling supplements to people under 18.

The issue here is not so much the strength of the drink – but if and how it is being marketed to young people.

Xyience Xenergy is in the same category – they are making a very clear push into the teen demographic – yet they are a supplement company who make energy products for bodybuilders.

Redline RTD is also in the same category – why sell a supplement like this at a 7-Eleven?  It has also sent people to the hospital.

Spike Shooter
Caffeine Amounts
Spike Shooter is a workout supplement energy drink from Biotest. Typically containing about 300 mg caffeine in each can. 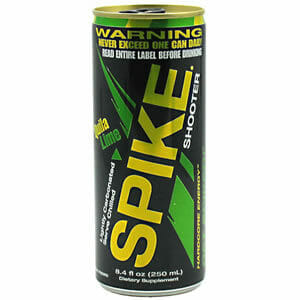 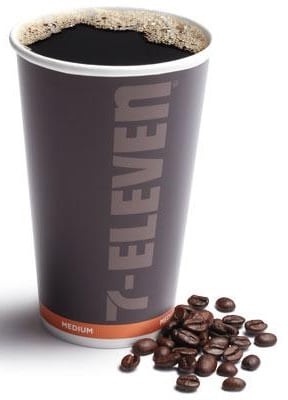