So I receive this box from this company called THINQ. Once open, my eyes gaze upon some of the slickest energy drink cans my eyes have ever seen. Very sharp black aluminum cans, with an orange top and an expensive look. Now I’m really excited about trying THINQ Functional Drink, so enough gazing and it’s time rip that top off and get down to business…

As I twist the top, I get a nice release of pressure, and a very nice orange aroma. So far so good. As for the taste, if you’re an orange fan, you will fall in love with THINQ. Comparing the taste, I would compare it to a carbonated orange Gatorade, does that make sense? Anyways, THINQ has a smooth orange taste with no after-taste. As for taste, the outside was a good reflection of what’s on the inside.

THINQ Functional Drink pretty much breaks the rules for your standard “energy” drink. THINQ pushes itself as a deliciously refreshing all-natural drink, so you’ll find a good amount of Vitamin D, 3 types of Vitamin B, Calcium, Magnesium and Potassium. Yet it wouldn’t be an energy drink if it didn’t also include such ingredients as Guarana extract, Ginseng extract, and Gingko Biloba. Yet even with all that good stuff, at least there’s only 60 calories! The caffeine content of THINQ isn’t disclosed.

As for the impact, THINQ doesn’t proclaim that it’s a keep you up all night and rock your world energy drink that others try to be, but THINQ prides itself on being all natural and “designed to work with your body on a cellular level to awaken your mind, energize your body and exhilarate your spirit”. So after downing the entire can, I did feel a very refreshing new alertness with no buzz or jitters. I was just more awake and ready to face my day. So crash either!

I Loved THINQ. However, it’s not the drink I would reach for to give me that big boost to get me through the rest of a long day, but definitely a drink to reach for while hanging around the house or sipping on while out with friends. I agree with the saying across the THINQ can “An invigorating whole body experience”. 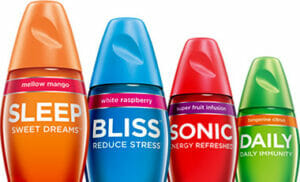 Vuka Functional Drinks
Caffeine Amounts
Vuka Energy Drink caffeine amount and a review of each functional flavor according to taste and function. 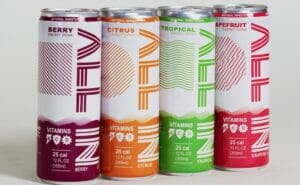 Fuel Energy Drink
Caffeine Amounts
There seems to be a few different drinks on the market named Fuel, yet what makes this Fuel different is... 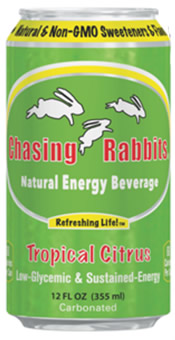