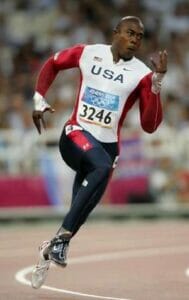 Carbohydrate (CHO) supplementation and in particular energy drinks is one of the most frequently researched sports science topics to date.

However, the vast majority of this research uses prolonged cycling despite evidence to suggest that CHO supplementation is most effective within intermittent exercise.

Of course though, with all health topics, from how to lose weight to how to lower cholesterol, you will often find conflicting information. Every body differs, as will reactions to sport, diet, or medicine. One must experiment in order to find out what works best for each individual.

Consequently, this article will consider the effectiveness of energy drinks in relation to high-intensity intermittent exercise.

Diet & Supplementation – Do athletes need both sources of carbohydrates?

Some argue that CHO should be obtained from a balanced diet and indeed CHO from an appropriate diet is an integral factor in an athlete’s (re)fueling. However, energy drinks generally require less digestion than food minimizing disruption of blood flow to active muscles.

They are also able to deliver fuel quicker to the active muscles and are less likely to cause stomach problems before/during exercise. In addition consuming an energy drink limits the use of muscle glycogen stores by gradually delivering ‘top-up’ energy which is important as muscle & liver glycogen stores are limited and thus supplementary CHO is one way of obtaining extra fuel.

Carbohydrate Supplementation and Intermittent Exercise – Is it as good as the manufacturers say it is?

Pivotal research evaluating a energy drinks and intermittent running capacity was completed in 1995. 9 males completed the Loughborough Intermittent Shuttle Protocol (LIST), a pattern of intermittent running similar to that of soccer, basketball or field hockey. Participants who drank a 6.9% CHO drink ran for 33% longer during part 2 of the LIST as opposed to the placebo.

However, when you examine the evidence carefully, you will notice that, in reality people will not consume the energy drink in the same pattern to those in the experiment. Therefore, although the drink does work in certain circumstances, it is unlikely to work to the level that is widely promoted by the manufacturers.

In summary, there is evidence that highlights the effectiveness of ingesting CHO for high-intensity intermittent exercise, both pre and during exercise. However, it should be pointed out that consuming energy drinks does not guarantee enhanced performance. In reality performance is a complex mix of factors of which nutritional intervention, and hence increasing exercise capacity is just one part.

Indeed, whilst the marketing pressure by the sports nutrition industry promotes the widely held belief that intake of dietary supplements is an essential part of optimal performance, research highlights that supplementary CHO only provided performance benefits in 2 out of 3 cases. Therefore, both athletes and coaches need to examine the appropriate literature and construct a nutritional strategy that is most likely to help optimize performance, which may or may not include utilizing CHO-based energy drinks.

Guide to Caffeinated Water: List of Sparkling and Still

The Most Caffeinated Soft Drinks