After releasing a successful line of energy drinks, Reload decided to venture into the market of quick energy with its energy strips. 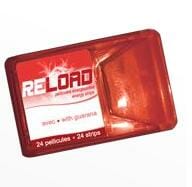 I had the opportunity to review the red type of Reload strips.

Initially, it creates an odd sensation due to the menthol present in the strip, supposedly for freshening your breath. It doesn't really have that vivid of a taste, instead having a very brief and subtle tinge of cherry. Otherwise, there is noticeable bitterness from the caffeine and not much else as far as taste goes.

Reload's energy strips contain guarana as the main energy ingredient, plus menthol to freshen your breath temporarily. Each capsule contains as much caffeine as a cup of coffee, which is around 100mg.

Here's the catch – there are 24 strips, so you'd better consume all of these before you'll notice any huge energy boost! Reload also claims to have integrated vitamins into the strip, which I was not able to find details on.

Each strip contains a minuscule amount of guarana-derived caffeine (approx 100 mg caffeine / 24 strips = 4.2 mg per strip, rounded). As many people probably won't want to consume an entire capsule of strips, these definitely do not produce much effects. Even a few of these barely did anything for me. This is an absolutely fatal flaw in this product!

Reload energy strips are a somewhat bland-tasting strip with little if no effect on energy. I would steer clear of these until they are redeveloped.

Update: 26/01/09 We were contacted by Reload and they said the caffeine in the guarana was not included in the caffeine amount on the label, so according to them there is 20mg per strip.

Update: Looks like the Reload brand has been discontinued. 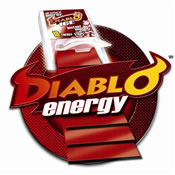 Diablo Energy Strips
Caffeine Amounts
The strips are placed on the tongue where they quickly dissolve. Diablo strips are made from Guarana extract (22% standardized),... 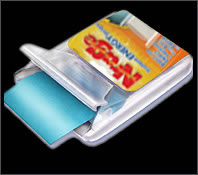 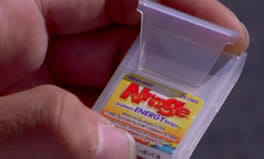