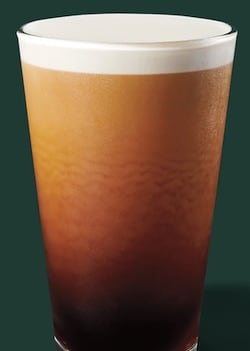 Starbucks Nitro Cold Brew Coffee is available at most Starbucks stores around the country after a successful 500 store trial of their new nitrogen-infused cold brew.

By infusing their Nariño Cold Brew with nitrogen gas it creates a velvety froth for a creamy texture on the tongue.

Infusing coffee with nitrogen gas has been an increasingly popular beverage trend and Starbucks is capitalizing on this trend.

Served Black or with Sweet Cream

Here's how the caffeine stacks up in the two sizes of nitro cold brew Starbucks offers.

Starbucks Nitro Cold Brew is served without ice so it contains more caffeine than their traditional iced cold brew per cup size.

Since the initial release, Starbucks has developed a few more flavors and varieties with varying caffeine levels.

Starbucks now offers its Nitro Cold Brew in an 11 fl oz can which contains 235 mg of caffeine. This product is distributed by PepsiCo.

I recently tried the sweet cream version of Starbucks Nitro and was really impressed. It is a great tasting product and the sweet cream adds just a subtle sweetness unlike the overly sweet traditional iced cold brew with sweet cream.

The velvety texture was enjoyable, the flavor was smooth and nonacidic, and the heavy caffeine dose was definitely noticeable.

Overall this beverage is a great addition to the Starbucks lineup. 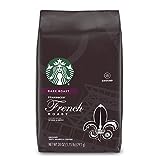 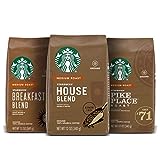 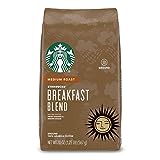 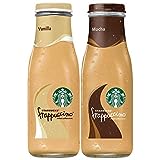 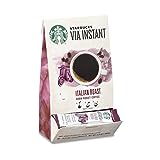