Bang Energy Drink is a "workout" type of energy drink made by VPX Sports, the maker of Redline.

PepsiCo just signed a deal with VPX to start distributing Bang Energy Drink in the USA.

Bang recently became available in Canada. However, it's been reported that the Canadian version only has 180 mg of caffeine per can.

Bang should be consumed responsibly since a person could experience a caffeine overdose if too much of this drink is consumed at once.

Bang is marketed as a fat loss aid and energy stimulator for those trying to increase their workout intensity and lower body fat percentage.

All flavors have the same caffeine amount although some flavors are available in a caffeine-free formulation.

Warning: Bang is a powerful energy drink with 300mg of caffeine per can. It should not be consumed by children, those with heart problems, or those unsure of their personal tolerance to caffeine.

Bang is sugar-free and sweetened with sucralose and Ace-k.

Where To Buy BANG Energy Drink 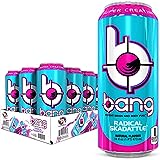 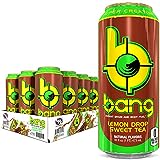 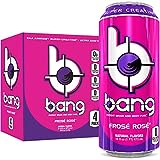 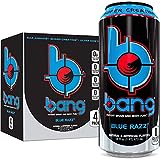