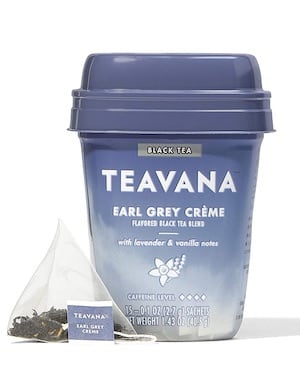 Teavana Tea is a popular brand of tea recently acquired by the Starbucks Corporation.

The above amount reflects the least amount caffeine that would be expected in their English Breakfast Black Tea using 1-1.5 teaspoons of tea steeped in water 195-205º F for 2-3 minutes.

Teavana makes a wide range of teas and here's how they range caffeine-wise.

All of Teavana Herbal teas are caffeine-free.

All of Teavana's Rooibus Teas are caffeine-free with the exception of Spiced Apple Cider and Caramel Chai, which have 1-15 mg each.

Caffeine in Tea Can Vary

All caffeine amounts are based on 1-1.5 teaspoons of tea steeped in water 195-205º F for 2-3 minutes, but can vary further based on quality or tea used and even the growing conditions of the tea plant.

The Teavana Tea sold at Starbucks Restaurants is different. See our Starbucks Guide for that information.

Where To Buy Teavana Tea 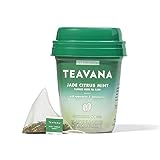 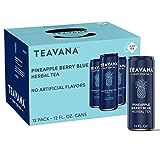 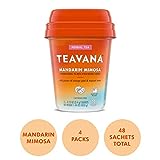