Caffeine withdrawal is no laughing matter and can be very debilitating for those who are suddenly without caffeine. 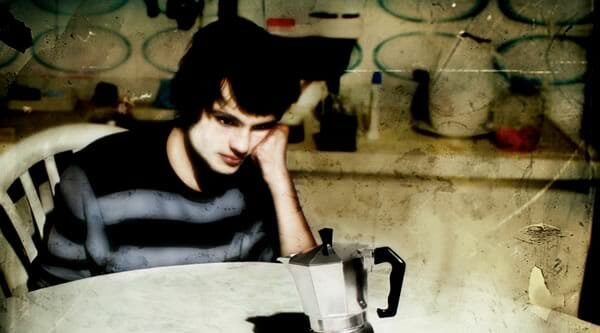 If you are or have been an avid coffee, tea, or energy drink consumer then you are aware of how addictive caffeinated beverages can be.

Just a few hours after missing your scheduled dose the caffeine withdrawal symptoms start to set in.

This phenomenon has become so prominent that caffeine withdrawal is now a recognized disorder and is listed in medical reference DSM-5.

Here are the most common caffeine withdrawal symptoms. You’ll be comforted to know that you aren’t really dying but just detoxing from the caffeine.

Even if you aren’t normally a habitual caffeine drinker, you may experience negative symptoms when quitting caffeine even if you only consumed it for a few days in a row.

Detoxing is No Laughing Matter

Caffeine withdrawal is a very unpleasant experience, to say the least.

The symptoms of withdrawal usually last a few days to two weeks for light caffeine consumers but can last 2 months or more for those that had been consuming around 1,000 mg or more daily. However, even for the most addicted, the worst symptoms subside after about a week’s time.

Even after the withdrawal period is over, many still feel never quite as good as they did when they were drinking caffeine all of the time. Some believe that caffeine permanently alters one’s brain chemistry. This is most likely due to the changes that occur with dopamine levels in the brain because of the daily caffeine use.

Caffeine CAN be Addictive

How addicted to caffeine are you?

You can take our Caffeine Addiction Diagnosis Quiz to see where you rank. This may explain why your caffeine withdrawal has been so rough.

Human beings can be addicted to anything – including caffeine. Whether dependency or addiction, the reality is that for many, stopping caffeine consumption is very difficult.

Whether you should quit or not depends on how your caffeine habit is affecting your health, your relationships, and the people around you.

For some people, their regular coffee/caffeine habit may not affect any of those things and quitting need not be necessary.

The Science of Withdrawal 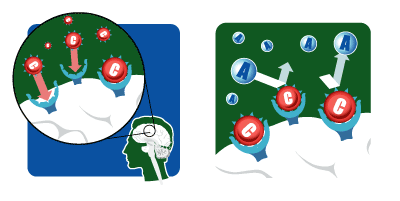 For those that are going through caffeine withdrawal, there are a few things that can be done to ease the symptoms and allow for more productivity.

In any event, just remember that withdrawing from caffeine is hard and takes time.

Soon you’ll be caffeine-free and will be able to experience life without the daily influence of caffeine.

We interviewed people trying to give up caffeine – read the full interviews here.

Here’s a few quotes from others. Remember you are not alone in your experience.

NOTE: It can be very difficult to attribute caffeine as the reason for many symptoms, it certainly is in the mix in some way.

I gave up caffeine one week ago after my anxiety symptoms started having too much of an impact on my everyday life, panic attacks, insomnia, dizziness and the like, and I thought that giving up caffeine may be a good thing to do to help with these unpleasant symptoms. So far I have been completely exhausted, (even after choosing to start on a week when I’m off work) I feel “low” have absolutely no energy, irritable, over worrying about everything. Although I feel sad that you’re all going through similar things, it makes me feel better to know that it’s not just me.

A ‘cold-turkey’ withdrawal after many years of caffeine consumption.

The first 2- 2 1/2 weeks I could not focus for the life of me. At work and for an exam I was studying for. Spoiler alert: I failed it. I would read things over again and they wouldn’t sink in. My brain was in a constant dreamlike fog. It was terrible. But those severe (as I call them) symptoms have mostly gone away. I think I’m still riding the tail end of this so-called caffeine withdraw. I’m about 3-4 weeks now (?) could be five. Everyone will have different experiences and times that it will last. I’m 30 and I’ve been drinking sodas, energy drinks, sports drinks, etc. most of my life. About 7 months ago I quit sodas and would only drink coffee, water, and tea. After quitting coffee cold turkey, that’s when all hell broke loose.

[Some months later…] I just wanted to say I’m back to normal! I’ve been caffeine free since. I just want people to know that it is going to be ok and they will get through it even though the road is long and the dream like feeling, anxiety, panic attacks, depression, all will go away over time. I wish you all luck!

Out of it, disconnected, and dreamlike

Every person’s experience is different. These are anecdotal stories, and symptoms may or may not be directly caused by caffeine withdrawal. If in doubt, go see your doctor.

I stopped drinking coffee, then one morning I felt completely out of it, disconnected, dreamlike. I had trouble retaining information, focusing, it was like my conscious mind was constantly clouded or like I was looking at life through a veil. There were days where I had anxiety attacks and I felt the fight or flight kick in. Another day I had a breakdown. It was like I was detoxing from a severe drug. I never felt like this before. After about two weeks it got much less severe. I’m almost to 2 1/2 weeks and I feel like I’m getting better but not 100% relief. But, I definitely can function basically normally, but for that first week and part of the 2nd week, it was a nightmare I couldn’t wake up from. It was so jarring that I went to see a doctor. 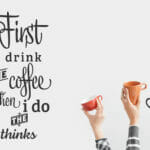 5 People Tried Quitting Caffeine: Here’s What Happened
Caffeine Addiction
Caffeine can have health benefits, but for some people, the negatives can outweigh the positives. For many, the best option...
Written by Ted Kallmyer, last updated on March 18, 2021