Alsa Energy Drink is made by dissolving one packet of powdered Alsa energy drink mix into 16 fl oz of water.

The company  sent some samples of Alsa Energy Drink for review.

Alsa is a bit different than other energy drink mixes because it uses a few new innovative ingredients not typically found in traditional energy drinks.

Here's a rundown of what you can expect from this energy beverage.

Pomegranate Blueberry: This flavor is lightly sweetened and easy to drink. It reminds me of flavored water and the flavor is just a tad tart, which is expected from the pomegranate. No aftertaste or energy ingredient taste is detected, which is impressive.

Dragon Fruit: This flavor also is lightly sweetened and easy to drink. I'm not a huge fan of the dragon fruit flavor in general, but if you are, I think you'll like it.

Three Citrus: This version has a nice citrus flavor and isn't sweet at all and finishes a little sour, which would be expected from a citrus flavored beverage. Again, the energy ingredients are virtually undetectable.

All three of the flavors do not completely dissolve, so you may have to shake or stir the drink periodically to mix in the white substance that settles at the bottom of the bottle or glass.

Here's where Alsa gets interesting, since it contains a few energy drink ingredients newly on the scene.

Cognizin®: This is a patented version of citicoline, which is a substance found in every living cell and vital to brain health. This substance is given to stroke victims to aid in their recovery and has been shown to improve the memory of the elderly.

Pureenergy®: This is a blend of caffeine and pterostilbene that slows the release of caffeine into the bloodstream. Pterostilbene is a powerful antioxidant that is believed to have many health promoting properties.

Caffeine: The remainder of the caffeine in Alsa is provided by white tea extract and yerba mate, so about 57 mg of it's caffeine is immediately released from these two sources.

Other active ingredients in Alsa include amino acids, B vitamins, and ginkgo biloba.

I consumed Alsa in place of my second cup of coffee. I experienced a moderate but gentle lift from this product and there wasn't any negative side effects. The lift lasted for a few hours before it gradually began to taper off. It's hard to measure exactly how much longer Alsa lasted, but my alertness seemed to fade more gradually than it typically does from coffee or other caffeinated products.

Overall, Alsa is a convenient and well developed energy product that will appeal to those that want something different from the traditional energy drinks currently available.

Alsa Energy Drink isn't recommended for children or for those sensitive to caffeine.

https://alsaenergy.com/ and the packaging. See other references.
Last updated on 7 Mar 2021. Suggestions or corrections? Send Feedback 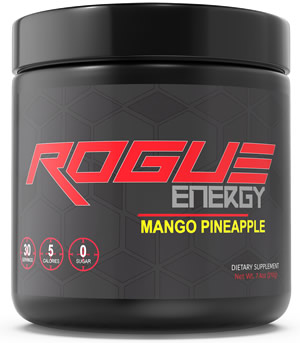 Mojo Energy Drink
Caffeine Amounts
Mojo is an energy drink from Los Angeles based Mojo Sciences. The drink has a tropical/citrus fruit flavor (with a... 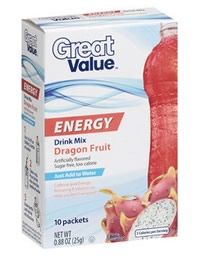 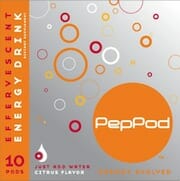