The Half Life of Caffeine 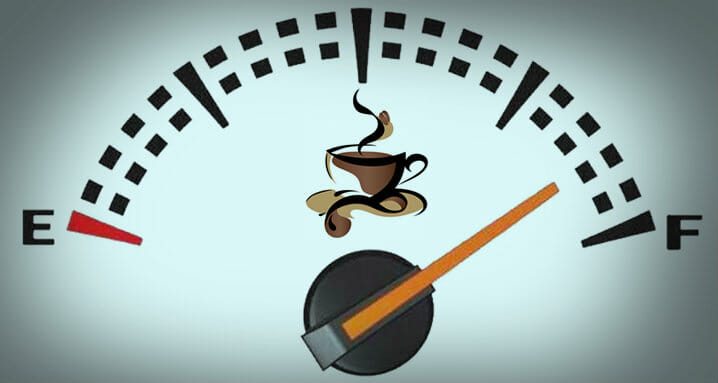 How long will caffeine be in my system?

Caffeine is just like any other drug and is metabolized (broken down) by the human body and ultimately eliminated from the body.  Since so many products now have caffeine, it’s important to understand how long caffeine sticks around in the body in order to prevent possible overdose from consuming too much caffeine in a 24 hour period.

All drugs have what is called a “half-life”. This is simply the amount of time it takes for half of the drug to be metabolized. This concept is used by doctors and pharmacists to determine appropriate drug dosing for patients. (Here’s a great drug half life calculator that shows the half-life of many common drugs.)

Caffeine is no different and takes a certain amount of time to work through your system and be metabolized by your liver. One study showed that the half-life of caffeine in healthy adults is 5.7 hours (see source). This means if you consume 200 mg of caffeine at mid-day, you would still have 100 mg in you at around 5:45 pm.

What factors can delay caffeine’s half-life?

The same study mentioned above showed that people with compromised liver function had a significantly longer half-life (a 49-year-old woman having alcoholic hepatic disease had a serum half-life of 168 hours).

Others can have genetic factors influencing the gene responsible for caffeine metabolism. The gene CYP1A2 is needed by the liver breakdown up to 95% of the caffeine in the body. Other genes can influence how well this gene does its job (src).

Some people may lack the gene or the gene may be defective. In this case, caffeine stays in the body for a long time, increases sensitivity to caffeine, and can even cause allergy-like symptoms.

A variation of the gene PDSS2 also affects the speed of metabolism. Those with this variation need a lot less caffeine to feel the stimulant effects.

Another study looked at how grapefruit juice may slow down caffeine metabolism in the liver, but it only was a slight inhibitor and wasn’t enough to cause any warning.

What is the safe limit of caffeine in the body?

With caffeine levels in beverages and food continuing to increase – many people are asking – what exactly is caffeine’s safe limit?

While the average caffeine consumption is around 200mg per day, The Mayo Clinic recommends that people not exceed 400-500 mg per day. Consuming more than this can result in adverse overdose symptoms. This, of course, is affected by body weight, health, and individual sensitivity. We’ve developed a caffeine safe limit calculator that shows you your safe amount based on your body weight.

People can build up a tolerance to the effects of caffeine requiring larger doses to produce the same desired effect. If you are unsure of how much you can handle, it is best to start small and gradually increase your caffeine consumption as needed. Sometimes a caffeine detox is needed to reset caffeine tolerance back to safer/normal amounts.

Those who have built up a high caffeine tolerance can have severe caffeine withdrawal symptoms when detoxing, so it may be wise to quit caffeine gradually.

A lethal dose of caffeine (LD50) consumed orally is equivalent to about 150 milligrams per kilogram of body weight, which is what we base our Death by Caffeine application on.

In conclusion, the half-life of caffeine might be around 6 hours but can be influenced by other factors. Therefore, your personal caffeine half-life could range between 4-8 hours depending on how well your body processes the drug.

The takeaway is that Caffeine is just like any other drug and should be used with knowledge and moderation. 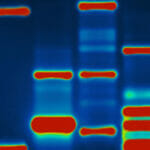 Caffeine Sensitivity Caffeine sensitivity is how efficiently you can process and metabolize caffeine and is determined by your genes. We help you understand your unique sensitivity level.
READ MORE...

Caffeine Metabolism This article traces the path and effects of caffeine throughout the body and explains how caffeine is metabolized or broken down by the body.
READ MORE...

Caffeine Anxiety and Panic Attacks Caffeine can increase anxiety levels and even cause panic attacks in some people. Here's the science as to why and what can be done to prevent it.
READ MORE...

Caffeine Tolerance: Causes, Prevention, and Reset Caffeine tolerance develops quickly when caffeine is consumed daily. We discuss how this forms, how to avoid it, and how to reset tolerance to caffeine.
READ MORE... 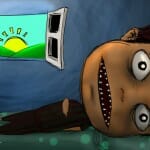 Caffeine and Sleep: Keep It From Stealing Yours Caffeine combats sleepiness and feeling tired, but it can prevent a good night's sleep. Here's how to use caffeine in a smarter way.
READ MORE...
Written by James Foster, last updated on May 12, 2020