The strongest, most powerful energy drink is Redline Xtreme (part of the Redline brand from Bang Energy).

This is selected from our database of over 1,000 caffeinated items.

Recommendations are to consume only half a can at one time.

This RTD (Ready to Drink) workout supplement is aimed at bodybuilders and hardcore gym-goers.

Redline Xtreme continues to be the most concentrated caffeine supplement available.

Here are the top 5 most caffeinated energy drinks – as extracted from our database. Note they are ordered by the concentration of caffeine (not just the total amount).

See more of the most caffeinated…

Redline evolved from the concentrated VPX Redline Fat Burner (this was discontinued many years ago).

In 2021 the Redline brand had the following primary products:

Note that the standard Redline RTD  is no longer available. See reviews and taste of the drinks here.

So what’s in this super-powered bottle of energy?

Yohimbe is a bark extract from a tree in Africa. It’s considered a natural aphrodisiac and sold here to treat impotency, dilate pupils, and stimulate fat loss. It can also mess with your blood pressure, so watch out.

Vinpocetine is an alkaloid derived from a periwinkle plant. It is used in Europe, Japan, and Mexico to treat cerebrovascular and cognitive disorders. Some people claim it elevates metabolism, but with no proof.

And the interesting one in the group: 5-HTP. I made sure to spell it out, so the smart ones in the group have already figured out the key: Tryptophan. It’s the same stuff in turkey that makes you sleepy, and there’s scientific evidence of it.

The 5-HTP compound is sometimes used to treat mild depression as, somehow, it can increase serotonin levels. It can also affect appetite, which may be part of why they put it in here. The other part? When you’re jacking up a drink with this much caffeine, you’re going to get jitters and “scatterbrain.” This may actually cut the disconnected thoughts out and allow you to think normally, but still, give you the energy effects of caffeine.

Most of these highly caffeinated energy drinks and shots are designed to be used by people that have built up a tolerance to caffeine. They are to be used as a workout performance aid.

It is very easy to overdose on caffeine with these drinks. Be sure to check the symptoms of overdose.

They should not be consumed by the general public and definitely kept out of the reach of minors.

Always be aware of a drink’s ingredients and your own tolerance/sensitivity to caffeine before consuming any energy supplement you aren’t familiar with. 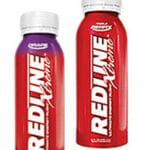 Arma Energy Drink
Caffeine Levels
Caffeine amount in Arma Energy Drink as well as a review of how it tastes, its ingredients, and how this...
Written by James Foster, last updated on Apr 18, 2021 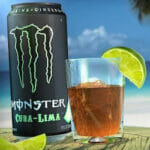